Diffusers distribute the essential oils in aromatherapy. Here’s about all types of diffusers, how they work, and the best nebulizing essential oil diffusers

It’s hard to pinpoint exactly where the origins of aromatherapy stemmed from. But it’s believed that modern aromatherapy is a mix of them all, Chinese, Egyptian, and Greek.

Hippocrates is said to be the first one to practice healing using the art of scent.

Aromatherapy is gaining popularity each day. You may not be able to find concrete scientific evidence that proves or denies its positive effect, so you’ll have to follow your heart on this.

Essential oils can be distributed through the room using a diffuser. There are many forms of diffusers out there, but not all of them are created equal.

Some diffusers use heat to spread the aroma of the essential oil in the room, this is actually very counterproductive. Heating the oil can affect the chemical traits and structure which leads to loss of its therapeutic value.

Another form of diffusers uses a different method without subjecting the oil to heat, by running it through water and steam. This method is also not the best one since the oil loses its therapeutic inhaling value because it’s diluted by water and steam. Not to mention that the scent won’t be as strong as it would be with other diffusers.

The main competition exists between the last two types of diffusers, ultrasonic and nebulizing.

Ultrasonic diffusers rely on an electrical mechanism that breaks down the particles of oil into base molecules then negatively charges them so they would be attached to the positive molecules all around your home.

Ultrasonic diffusers don’t dilute the scent like steam-operated ones. But all the moisture that releases will affect the scent and the aromatherapy value of the oil.

People use perfume atomizers to avoid spraying large amounts of perfume on themselves. As a result, the fine spray of a perfume atomizer is less than the average spraying, yet stronger. Nebulizing diffusers have a similar mechanism.

In nebulizing diffusers, a strong vacuum that is created by an air pump allows the oil to be pulled from the bottom to the top and then it’s sprayed. As you can see, the creation of the scent mist does not involve any other elements. This scent is entirely composed of essential oils.

Most nebulizing diffusers have some form of manual control over the amount of essential oil pulled and sprayed into the air.

What makes this diffuser the best among the best is the mechanism of operation. All molecules of the sucked essential oils are dispersed into the air to achieve the full benefits of aromatherapy.

The density of the mist makes sure that the scent stays strong after a while, not to mention the speed of its production. Keep in mind that nebulizing diffusers have smaller tanks than average, and they go through oil much quicker. So don’t forget about adding more oil every now and then.

Nebulizing diffuser is relatively expensive. So when you’re choosing one, make sure it has everything you need in terms of aesthetics and functionality.

Aromis is one of the most popular diffusers on Amazon, and for good reasons.

In terms of aesthetics, Aromis has it all, not to mention the quality of materials. The base is 100% wood, the tank is crystal glass, and all the other materials in this diffuser are organic, which aligns with the philosophy of aromatherapy as well.

Its accurate aroma-intensity controls aren’t the only impressive feature; there is a timer where you can determine the time that passes between every spray and the other.

There is an abundance of design features, 3 different glass bulb shapes, 2 different types of wood, and two distinct shapes of the base.

All in all, it’s a good inclusive diffuser, what people have reported to be a bit inconvenient is its sound and the need for it to be cleaned regularly.

Most consider this nebulizer to be one of the best diffusers of the Organic Aromas collection. An Organic Aromas review was in order due to its rising popularity in the diffuser market.

The design reminds you of some retro aesthetic elements, yet it carries around with it an aura of modern scientific sophistication.

The core of the base is completely wooden with rubber covering it from the outside, to make it slipping-resistant. This diffuser is a bit on the fragile side, so making sure it’s got some physical defense was a smart move. The bright rainbow LED color rotation is wonderfully capable of creating a sensual and aromatic atmosphere. The scent mist can cover very wide areas that could reach 900 square feet.

You can buy a Wifi smart socket that gives you the capability of controlling the diffuser through your phone. That way, scheduling and automation would be a piece of cake.

Just take extra care of the glass as it is very fragile. Also keep in mind that the oil consumption of this diffuser is one of the highest in the market.

What makes the Pilgrim Sofia diffuser unique is how it stays away from the mainstream.

While most diffusers are going along the sophisticated or futuristic design, Sofia is more about minimalism. Instead of a transparent glass reservoir that shows the insides of the diffuser, there is a beautiful ceramic cover that is both minimal and stylish.

It can easily fit into a simple traditional home or a modern minimalist one. The lighting system on this one has been very carefully planned. This is in addition to the meditation LED light feature, which can be customized to follow your breathing pattern to help you get into a deeper meditative state.

Keep in mind that it’s one of the noisy diffusers out there. Not to mention being high-maintenance in terms of cleaning so that the mist doesn’t weaken.

If you’re into aromatherapy, choosing the right diffuser is an important decision that shouldn’t be taken lightly.

You can read the reviews of previous customers to know what could potentially be a deal-breaker before buying the diffuser.

The aesthetics are important, but always consider practicality before the good looks for a diffuser.

Have you ever used any essential oil diffusers? Did you try the nebulizing diffusers? Do share your thoughts and experiences in the comments.

Author
Allen Brown
A keen writer covering a range of topics such as Food, Lifestyle, travel, health, business, marketing and more! Who loves to explore new things through writing. When not writing, he's found behind a drum kit, traveling and hanging out with his family.

Thinking of Purchasing a Smart Product? Read This Before You Buy

Optimize Your Group Travel Experience by Renting a Minibus 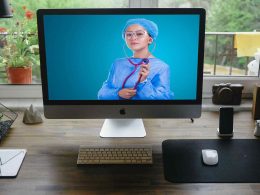 How the Pandemic Shaped the Future of Telehealth

Telehealth services got a tremendous boost during the recent global pandemic. Here are the benefits of telehealth that makes the future look promising.
byMarie Miguel
Read More

Common Causes of Insomnia and How to Treat It

You can make your life easier if you know the causes of insomnia, its risk factors, and ways to treat it. Here’s all about sleep problems and its solutions.
byEmily Smith
Read More

Why It’s Never A Bad Idea To Try Supplements

Dietary supplements may be beneficial for those who exercise to gain muscle and strength. Here’s more about why it may not be a bad idea to try supplements.
byAllen Brown
Read More

Modern health tech has made it possible to receive health services being at home. Don't be left out. Learn, adapt to, and use the telemedicine services.
byRichard Clayton
Total
214
Share