Medical researchers and experts have developed new ways to treat depression. Know them and consult your doctor if any of these can help you.

Depression that is incurable by traditional treatment methods becomes a miserable condition. However, medical researchers and experts have developed new ways to treat depression. While these new methods use different technologies to cure depression, you must consult your doctor before going in for them. ~ Ed.

Depression is a terrible mental illness that makes getting by extremely difficult for people trying to live their lives to the fullest.

Yes, depression is more than just feeling sad. It is a chemical imbalance in one’s brain that affect how they think, feel, and experience the world around them.

People with depression may experience trouble sleeping and increased fatigue. They may also experience loss of interest in activities that used to excite them, hopelessness, and other negative symptoms that make life more difficult.

Luckily, many new treatments are starting to appear to help people fight this disorder.

If typical treatments aren’t working for you, then you may want to consider trying some of these new options. However, it is important to note that not all these methods are currently approved by the FDA. Several of them are still undergoing testing.

Check with your doctor for a second opinion to make sure the option you’re interested in is a good match for your condition.

Scientists and medical experts have developed new techniques to help treat depression. Here are some of them.

Ketamine is an FDA approved anesthetic substance that has been used in hospitals for decades.

It got its start as an anesthetic on the battlefield during the Vietnam War. However, it is now just starting to be used to treat mental illnesses.

When someone undergoes this therapy, a small dosage of the medicine is administered via IV in the patient’s arm at a slow and controlled rate. Generally, the method involves a tapering sequence in which the patient undergoes three treatment sessions the first week, two sessions the second, and a single session the third.

After that, monthly maintenance sessions are employed. The drug has been shown to enhance the growth of neurons in the brain. This makes it effective for the control of mental illnesses like depression.

This method was first used to treat movement disorders such as Parkinson’s but has since been revealed to be effective for psychiatric disorders.

Deep Brain Stimulation is a surgical procedure that takes place in the brain where electrodes are placed to provide stimulation.

This helps damaged or non-functioning parts of the brain that are contributing to depression become purposeful again. 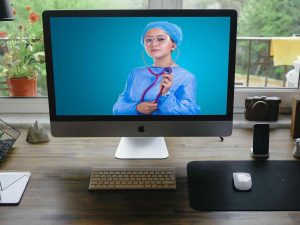 This procedure is noninvasive, utilizing magnetic fields in the form of pulses to awaken nerve cells in your brain that will, in turn, mitigate the effects of severe depression.

Dr. Lindsay Israel has a lot of experience performing TMS treatments on patients. She explains how TMS works in an understandable way.

During the process, an electromagnetic coil is placed against the left frontal part of the head through which painless magnetic pulses are generated.

These pulses target specific areas of the person’s brain to increase their function, and thereby bringing a better balance to the neurotransmitters that have been mismatched in a state of depression.

With repeated treatments, the brain is able to pick up on those signals and function properly on its own.

Presently, it is not completely understood as to why this method works for these patients who have been stubborn to medications because it is still in the early stages of development. However TMS has been investigated since the mid 90’s for its use in treating depression.

The effectiveness of TMS thus far has been quite promising at clinics around the country, and more applications of TMS besides for depression are being researched.

TMS can be a welcomed alternative to these patients who have been struggling with traditional modalities of treatment.

This revolutionary therapy combines some aspects of electroconvulsive therapy (ECT), one of the most popular treatments throughout the past century for treating severe depression, and TMS (as described above).

One of the biggest reasons doctors are trying to move away from using ECT is because intense memory loss is one of its most prevalent and debilitating side effects. Therefore, testing on MST began.

The goal of MST is to use magnetic stimulation to induce seizures. MST focuses on specific areas of the brain, so there are fewer side effects on the surrounding tissue.

As of now, this procedure is still relatively new, and it can only be administered through a clinical study.

One of the biggest qualms with current depression medications is that they can take weeks or months to take full effect. However, this delay in action could be a problem of the past with a new way to treat depression – eskatamine, under the brand name of Spravato.

It was approved by the FDA in March of 2019. This nasal spray could begin reducing symptoms in depression patients in as little as 24 hours.

The drug works as a glutamate receptor modulator that helps to reconnect brain cells, which disrupt due to depression. Currently patients with treatment-resistant depression or with a high risk of suicide use this way of curing depression.

Psilocybin is the psychoactive ingredient found in psychedelic mushrooms. Before continuing, it should be mentioned that mushrooms are currently illegal throughout the United States. But lawmakers in some states are looking to change that.

While many people don’t think of medicine when they think of mushrooms, some scientists are working to change that stigma to help struggling patients.

Some preliminary studies being conducted at various psychedelic research units have shown that the substance can help treatment-resistant depression as well as other mental illnesses.

Research also indicates that psilocybin is not addictive. However, there is the potential for adverse side effects such as a bad trip. In this case, users may panic and endanger themselves due to the psychedelic capacity of this drug.

While using this method certainly is risky, there may be unprecedented benefits that will continue to be studied.

CAM includes a wide variety of strategies and techniques that many people may not even consider medicine.

While these methods should not be the only things that people use to control depression, they may be helpful when used in conjunction with the above procedures or another treatment method.

Research shows that these techniques mitigate the effects of depression and help people live healthier lives.

If strictly using medication or another medical method is not working for you, then you may want to consider taking a more holistic approach to your treatment. It’s easy to incorporate CAM techniques into a treatment plan.

Depression is a tough opponent, but with the right support and treatment method, you can certainly give it a run for its money.

Don’t feel discouraged if traditional treatment methods don’t seem to be working for you. More research and new developments are emerging each day.

Consult your doctor to see if one of these leading techniques might be better for your condition.

Have you or any of your known ones ever tried any of these new ways to treat depression? Share our experiences and thoughts in the comments.

Author
John J. Gilchrist
John is a health journalist. He lives in Ohio with his family and is a keen golfer.

What to do in the Event of Bankruptcy

How to Spice Up the Relationship with Your Partner

Don’t we all often think about finding easy ways to achieve wellness? In the desperate need to acquire wellness,…
byHarleena Singh
Read More

Why Sermorelin Is a Better Choice for Growth Hormone Insufficiency

Why Use Standing Desks Or Sit to Stand Workstation